Regarding Moses – Revisiting an Old Sermon

How should Christians regard Moses? Are his words beneficial for the followers of Jesus? What of his laws? Are they contrary to faith? Have they been done away with?

On August 27, 1525, 492 years ago today, a now famous Christian preacher delivered a sermon that was intended to answer the question once and for all. The sermon was entitled, How Christians Should Regard Moses. For several years, on the anniversary of this sermon, I have published this article with slight edits and am doing so yet again this year.

The preacher set out to show that God gave only two public sermons from heaven. The first is recorded in Exodus chapter 19 and 20, the second is recorded in chapter two of the book of Acts. Though not mentioned by the preacher of this sermon, both of these events are reported to have taken place during the third month of the Hebrew year, 50 days after the Hebrew Festival of Passover, at the Feast of Shavuoth or Pentecost. 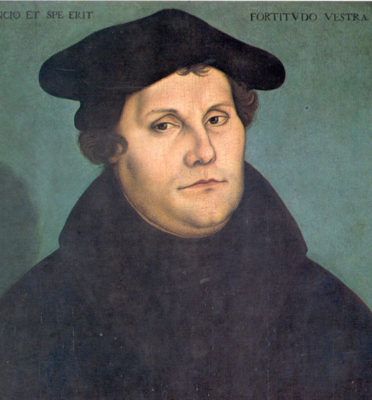 The author of the sermon was not interested however in finding correlation between the two events, but rather in pointing out the distinctions between the sermons designated by him as the Law and the Gospel. His sermon was intended to declare once and for all that “these two sermons are not the same.” Note the language of the sermon on this very point from the text of the preacher’s sermon.

“Now the first sermon, and doctrine, is the law of God. The second is the Gospel. These two sermons are not the same. Therefore we must have a good grasp of the matter in order to know how to differentiate between them. We must know what the Law is, and what the gospel is. The Law commands and requires us to do certain things. The Law is thus directed solely to our behavior and consists in making requirements. For God speaks through the Law, saying, ‘Do this, avoid that, this is what I expect of you.’ The Gospel, however, does not preach what we are to do or to avoid. It sets up no requirements but reverses the approach of the Law, does the very opposite and says, ‘this is what God has done for you; he has let his Son be made of flesh for you, has let him be put to death for your sake.’ So, then, there are two kinds of doctrine and two kinds of works, those of God and those of men. Just as we and God are separated from one another. So also these two doctrines are widely separated from one another. For the gospel teaches exclusively what has been given us by God and not – as in the case of the Law – what we are to do and give to God.”

He then identified yet another kingdom that resides between the temporal and the spiritual – one that is half and half as it were. According to the preacher, it is constituted by the Jews, with commandments and outward ceremonies which prescribe their conduct toward God and men.

From this platform, he went on to attempt to show that “here the Law of Moses has its place.”  While admitting some good within this middle kingdom, he was clear to show that those things which apply to Gentiles are only those which are “written by nature into their hearts.” He preached this on behalf of a group he referred to as enthusiasts. This group “reads Moses (the Law), extol him and bring up the way he ruled the people with commandments. They try to be clever, and think they know something more than is presented in the gospel; so they minimize faith, contrive something new, and boastfully claim that it comes from the Old Testament. They desire to govern people according to the letter of the Law of Moses, as if no one had ever read it before.”

He saw no way to reconcile the two sermons. In fact he placed them against one another using very strong language. Notice the following quote from his sermon.

“We would rather not preach again for the rest of our life than to let Moses return and to let Christ be torn out of our hearts. We will not have Moses as ruler or Lawgiver any longer. Indeed God himself will not have it either.”

He further told those present at his sermon to tell those who would preach Moses to simply respond with the statement that “Moses has nothing to do with us.”

The preacher went on to state that the Sabbath was abolished and in fact he said that “not one little period in Moses pertains to us.”

Finally he sought to set the record straight and informed the laity of why they should even retain Moses at all and not as he put it, “sweep him under the rug.” He identified three things “to notice in Moses.”

The sermon discussed above was delivered on this very date (August 27, 1525), 492 years ago by a preacher named Martin Luther as part of a series of seventy-seven sermons on Exodus preached between October 2, 1524 and February 2, 1527.

I could not let the day pass without announcing that I stand with the historical Jesus against Martin Luther on the anniversary of his sermon and declaring that NOT “one jot or one tittle” will pass from the Torah until all is fulfilled – stating further that whoever breaks one of the least of the commandments and teaches others to do the same will be called least in the Kingdom of heaven, but whoever does and teaches them will be called great in the Kingdom of Heaven. Man shall not live by bread alone but by every word that proceeds from the mouth of God.

This gives me more reason than ever to Preach Moses Every Sabbath. The phrase “preaching Moses” comes from the New Testament book of Acts (15:21) as part of the decision of James concerning non-Jews coming into the faith. If Christians spent more time listening to the preaching of Moses every Sabbath, they would be less likely to be led astray by teachings that are contrary to sound doctrine.

Word of his grace. (2007-2009). Retrieved from http://www.wordofhisgrace.org/LutherMoses.htm