Reopening the Most Controversial Case in the History of Biblical Scholarship 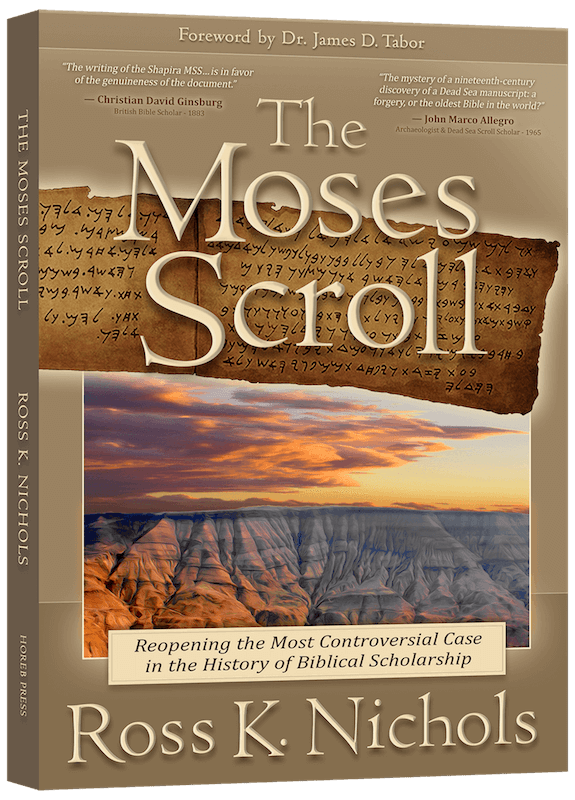 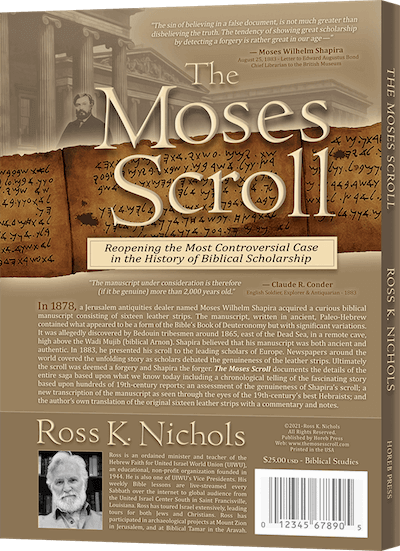 AVAILABLE WORLDWIDE ON AMAZON IN HARDCOVER, PAPERBACK, AND KINDLE EDITIONS

Reopening the Most Controversial Case in the History of Biblical Scholarship

In 1878, a Jerusalem antiquities dealer named Moses Wilhelm Shapira acquired a curious biblical manuscript consisting of sixteen leather strips. The manuscript, written in ancient, Paleo-Hebrew contained what appeared to be a form of the Bible’s Book of Deuteronomy but with significant variations. It was allegedly discovered by Bedouin tribesmen around 1865, east of the Dead Sea, in a remote cave, high above the Wadi Mujib (biblical Arnon). Shapira believed that his manuscript was both ancient and authentic. In 1883, he presented his scroll to the leading scholars of Europe. Newspapers around the world covered the unfolding story as scholars debated the genuineness of the leather strips. Ultimately the scroll was deemed a forgery and Shapira the forger. However, beginning in 1947, ancient scrolls discovered in the Qumran caves near the Dead Sea lead us to ask—were the critics wrong? The Moses Scroll documents the details of the entire saga based upon what we know today including a chronological telling of the fascinating story based upon 19th-century reports; an assessment of the genuineness of Shapira’s scroll; a new transcription of the manuscript as seen through the eyes of the 19th-century’s best Hebraists; and the author’s own translation of the original sixteen leather strips with a commentary and notes.